Getting in shape as a singer

Your body is your instrument. How well do you understand it and shape it? This will determine how good a singer you will become.

Some people treat the voice as a mystery, but it's not. It's strange why many people, even singers, know so little about it. Understanding your instrument will give you a roadmap, so you won't take strange turns and damage it. 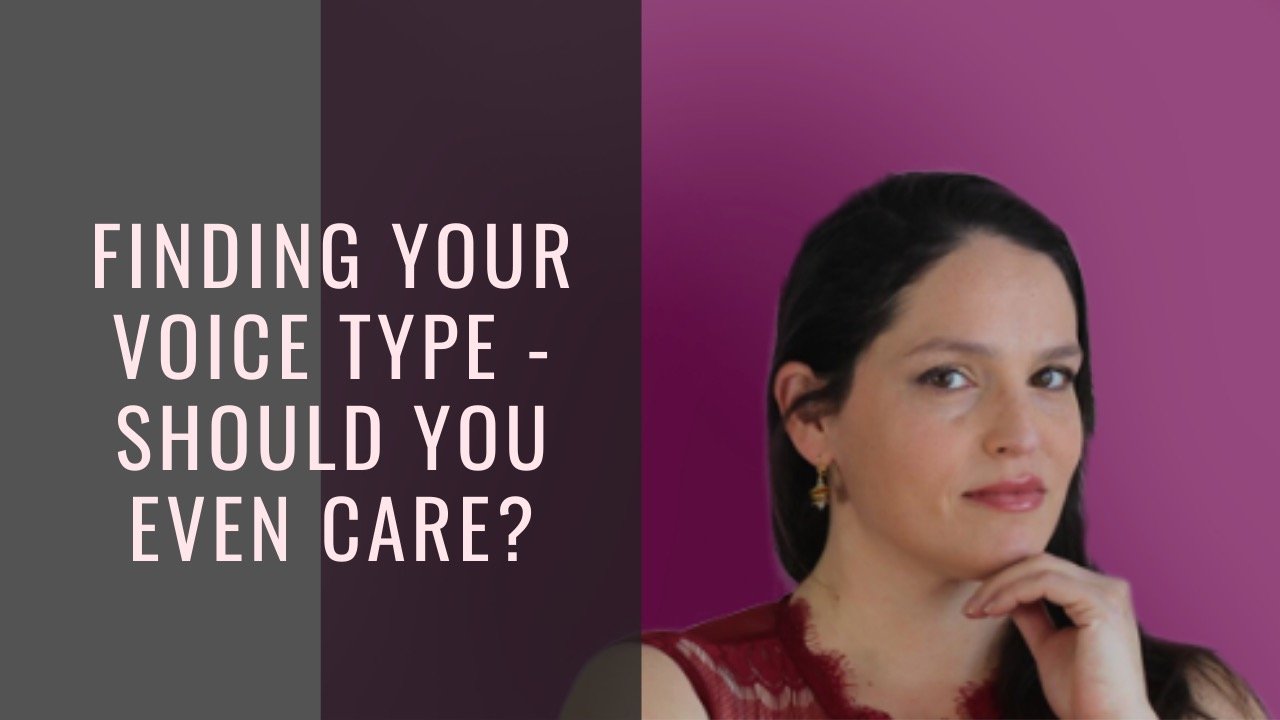 Find your voice type – should you even care?

Am I a tenor, a baritone, a bass? Am I a coloratura soprano or a full lyric with extension? A light mezzo? A zwischenfach?? Aarrrrrgggghh!How END_OF_DOCUMENT_TOKEN_TO_BE_REPLACED 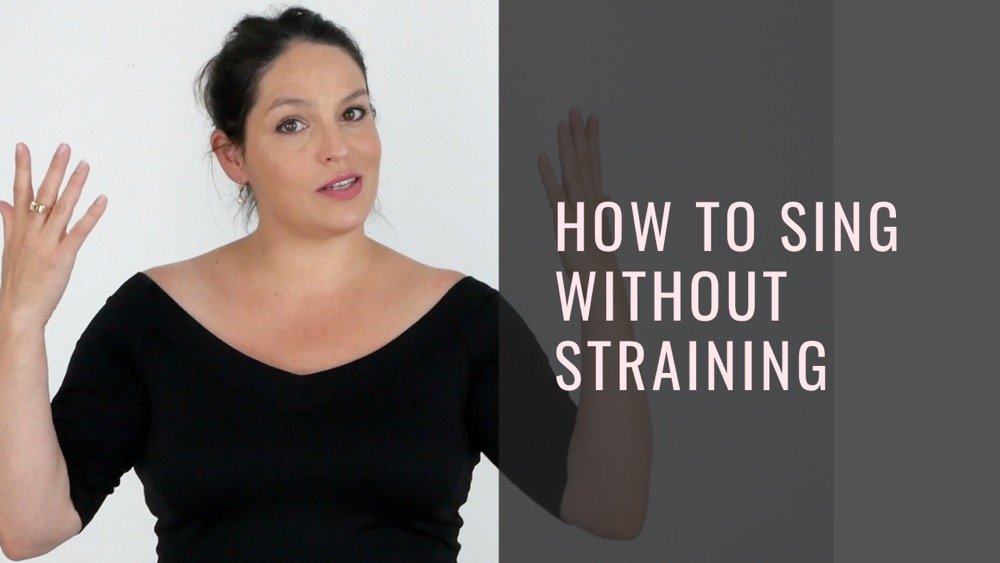 How to sing without straining

Do you feel lilke you're making a lot of effort while singing, especially in the high notes or while being loud? The feeling that END_OF_DOCUMENT_TOKEN_TO_BE_REPLACED 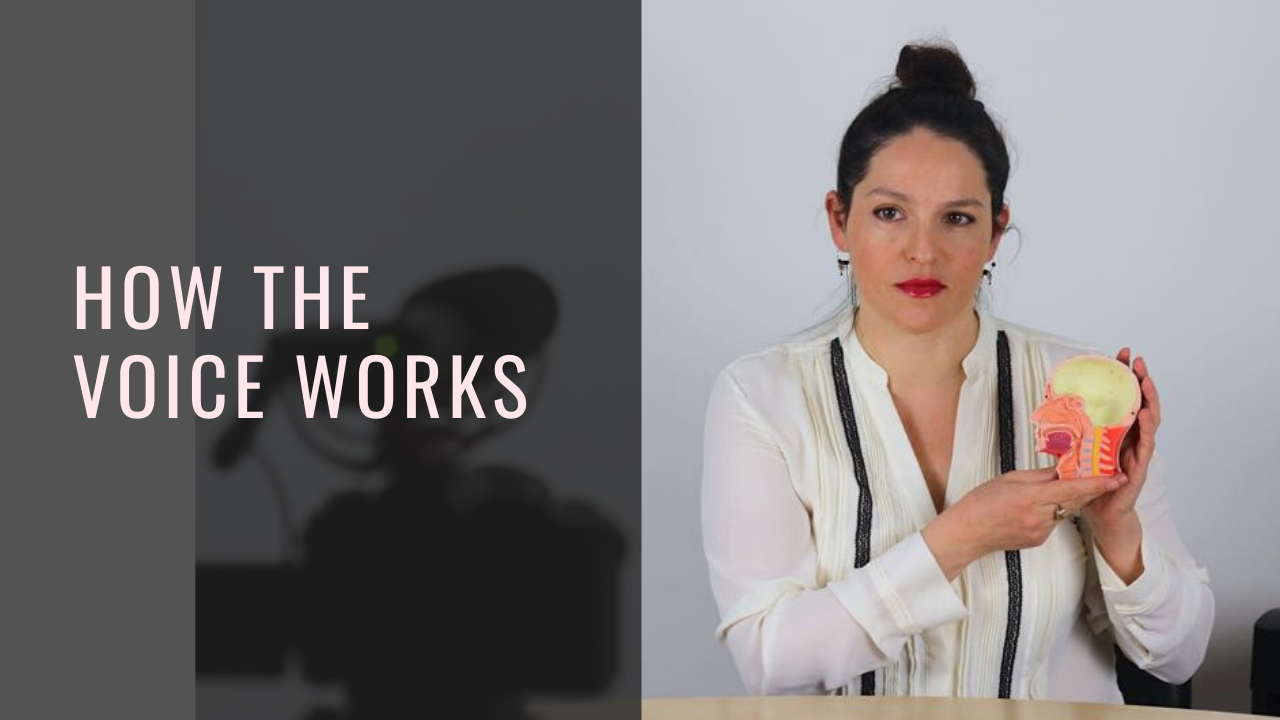 How does the voice work?

Why do singers need to learn anatomy of the voice? Simple. If you don’t know what it is, what it looks like and what END_OF_DOCUMENT_TOKEN_TO_BE_REPLACED 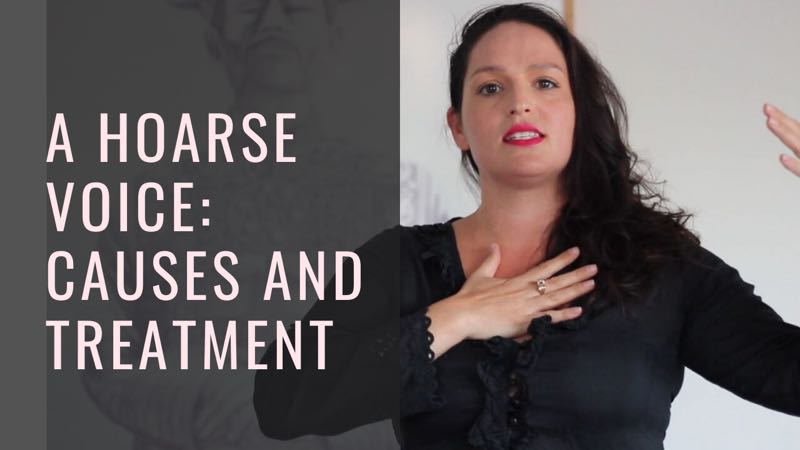 When I started to learn how to sing, I didn’t know how to use my voice. It would get tired and even hoarse after END_OF_DOCUMENT_TOKEN_TO_BE_REPLACED

Time and again I've see massive improvements in how my students sounded after they started taking yoga classes. A lifesaver, a voice changer. Learn about yoga, Alexander technique, and other bodywork that will improve your voice. 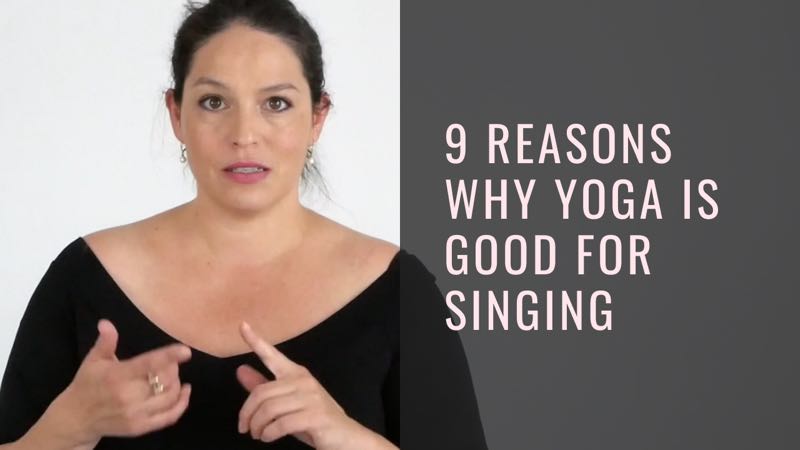 9 reasons why Yoga is good for singing

Let me first tell you a story of how great yoga can be for a beginning singer. Back when I was singing and teaching in END_OF_DOCUMENT_TOKEN_TO_BE_REPLACED 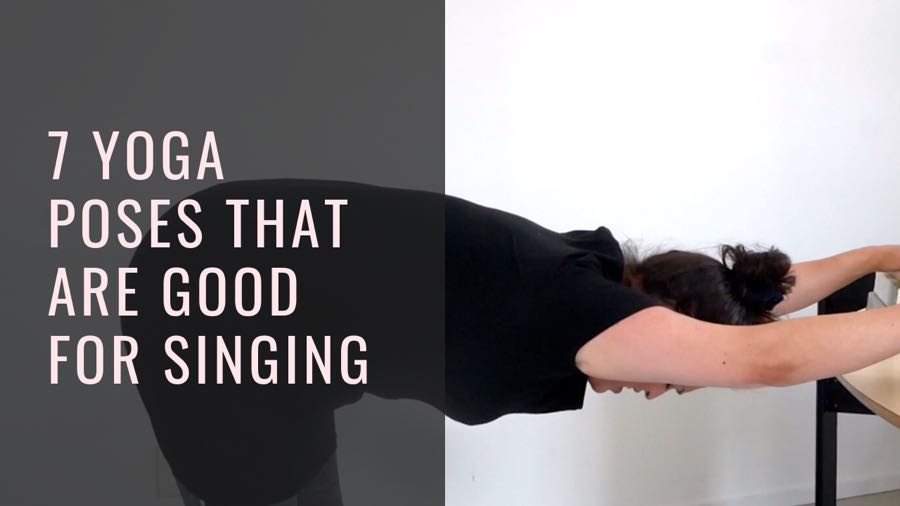 7 yoga poses that improve your singing

As a singer who started out with zero body awareness I can tell you - yoga has changed my life and my singing. I END_OF_DOCUMENT_TOKEN_TO_BE_REPLACED 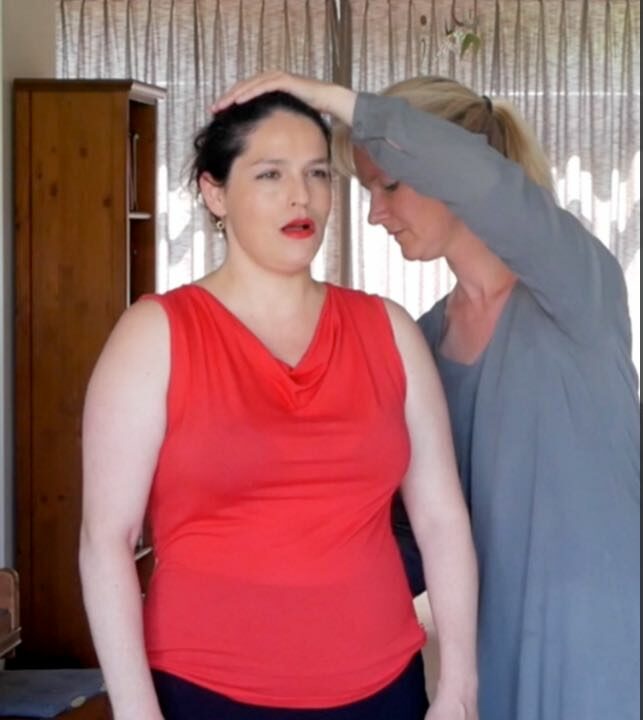 My Alexander technique lessons as a singer

I was fortunate that 90% of the singing teachers I worked with were great advocates of Alexander technique. My last two teachers worked hand END_OF_DOCUMENT_TOKEN_TO_BE_REPLACED 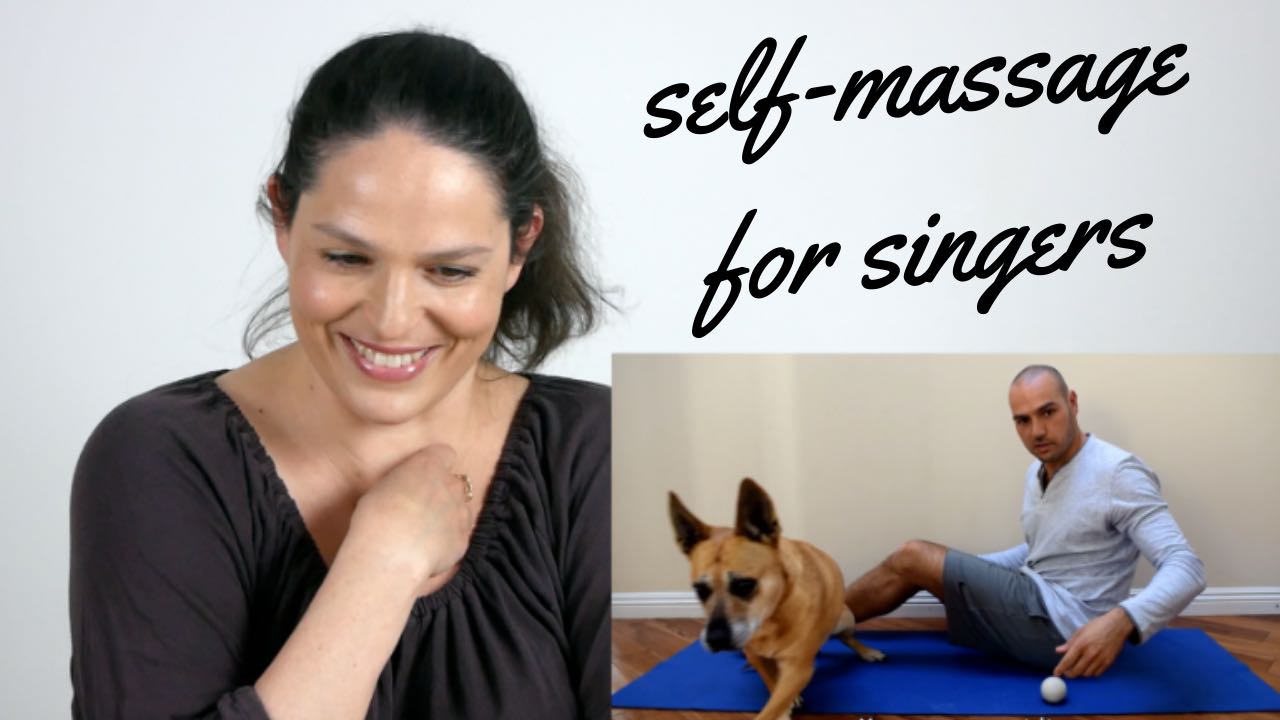 On my Youtube channel, I recently did a podcast with Antranik, an expert on strength, flexibility and health, who has a popular Youtube channel. END_OF_DOCUMENT_TOKEN_TO_BE_REPLACED 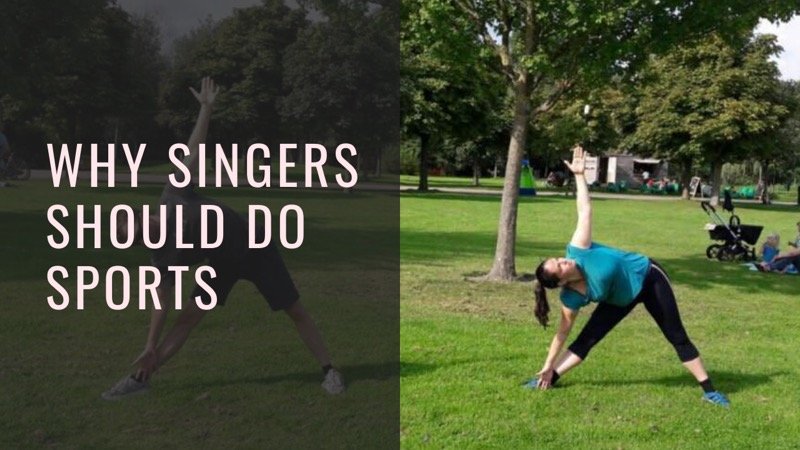 Why singers should do sports – 7 tips if you are lazy

As a singing student, I had major difficulties singing freely. Nine years ago, when I still lived in Berlin, my teacher sent me out END_OF_DOCUMENT_TOKEN_TO_BE_REPLACED 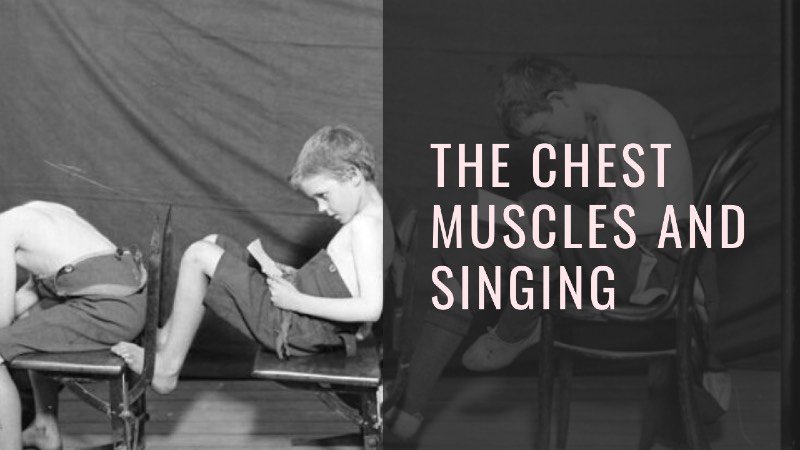 The chest – our neglected friend

About the authorLinor OrenI'm an opera singer and (online) voice teacher, based in Amsterdam. It took me more than a decade to overcome my END_OF_DOCUMENT_TOKEN_TO_BE_REPLACED

I am going to tell you fair and square: you won't even get close to your full potential as a singer if you don't do a form of bodywork like yoga.

I myself have in the past shied away from bodywork. I prioritized singing lessons without working on the entire instrument. Trying to make sounds, do vocal exercises and hope for the best. Hoping that my body would cooperate without me really knowing how to operate it. No chance.

Because that's like trying to play guitar on just strings and no body, or like an electric guitar that isn't plugged. Like banging your head against the wall if you want to go from one room to the other.

Bodywork is so important that I usually prioritize it over singing if I have a bad day mentally or physically. It's actually better to do for example a yoga session in which you may or may not end up singing, than to sing with a tense body.

I see it on my students all the time. Whenever I work on their body, which is all the time - even minor changes in posture can make major improvements in the voice. In time, with more practice and developing awareness, they can start telling me what happens when they sing. Whether it works well or not.

Awareness takes time. Most people can't expect to pay attention to their body behavior and notice everything immediately. Most people just feel a general sensation of oohhh that worked well / relaxed / difficult. But they can't really say: now I tensed my neck or had not enough space between my jaws. It takes a bit of brainwashing to get them there.

Is it in the dark? Getting to know your instrument

The reason so many people love singing but think they can't do it, is because we don't have intuition for vocal function. The human vocal mechanism (larynx, lungs, diaphragm, resonances) are all internal. Some will refer to them as in 'in the dark'. Can't see them, so we don't know what's going on, right?

Actually, some singers don't know how they do it and just sing with intuition. They don't understand.

But fortunately, the voice is not in the dark. We know how the voice works and we're getting smarter about that every year. When you realize what the voice is doing and how, then you for sure know what's necessary for singing and what's not.

Actually getting to do it, is a different matter, because we have habits. But without the body awareness we wouldn't know where to start. 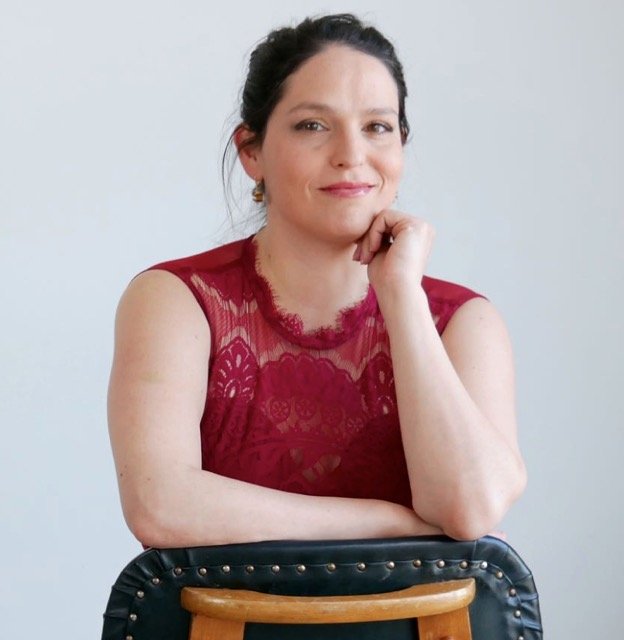 About the author
Linor Oren

I'm an opera singer and (online) voice teacher, based in Amsterdam. It took me more than a decade to overcome my share of mental and physical issues and reach a professional level as a singer. Because of this background, and my 10+ years of teaching experience, I believe I can speed up your learning curve as a singer.

Take your wish to sing seriously: get tools to become a better singer in your inbox